It’s a special moment when nature leaves you in awe.

Josh Arrants, a North Central High School graduate and environmental consultant with Arrants Outdoors, still recalls the first time he laid eyes on El Capitan – the world-renowned vertical rock formation in Yosemite National Park. He was thrilled to finally be at the place he had always dreamed of and able to lay eyes on the giant face of the rock.

“I walked up to the base and looked straight up at it for a second. And I kissed it. I didn’t know what else to do. It made sense at the time,” he said, telling the story recently to a group of fellow naturalists.

The group, just prior to Josh’s story, had a very similar experience albeit on a much smaller scale. Rounding out of a path through the lush forest of the Blackmon property, currently owned by the Haile Gold Mine, there were noticeable gasps. Climbing from the creek bed are gigantic rock boulders, the smaller of which is perched perfectly at the top as if strategically placed there.

Other different shaped formations are to the right of the largest rocks as you’re facing it. From a broad perspective, the rounded rocks and jagged rocks create quite an impressive contrast when added to the backdrop of blue sky and green forest. It’s a local marvel that many have yet to experience. For a lucky group, the recent trek through the property was made all the more special by Josh’s continuous narration.

The South Carolina Wildlife Federation held a recent auction in which the Haile Gold Mine donated a nature walk with Josh. The crew of conservationists are no strangers to Josh or each other. Most received specialized training from Josh through completion of the South Carolina Master Naturalist Program.

Dee Dee Williams was the high bidder for the nature walk with a bid of $187. The proceeds supported the SC Wildlife Federation’s conservation efforts and educational programs. True to the camaraderie that these nature lovers have with one another, Dee Dee invited her friends to join in.

Sharon Watson was bidding against Dee Dee for the nature walk.

“I think I beat her by about ten bucks,” Dee Dee recalled.

“And she still thought enough of me to let me tag along,” Sharon replied.

What a treat it was for the group to experience. Josh estimated the property is home to more than 30 different trees and 30 different bird species. Many birds were immediately overheard during the walk with the trained hearing of the bird enthusiasts. Carolina Wren, Red-headed Woodpecker, Brown-headed Nuthatch, Blue-headed vireo – each has a very specific song that’s easily identified if you know what you’re listening for.

Josh has been working with the Haile Gold Mine for years doing annual environmental and avian surveys. Former General Manager David Thomas contacted Josh about being a consultant and made it clear that he wanted a true opinion – nothing sugar-coated.

“DHEC [Department of Health and Environmental Control] only requires these surveys for one year. He [David] wanted me to keep coming over and over and over and build data and show trends and patterns. They wanted to be able to have a foundation that we can look at. I was so impressed,” Josh said.

The April 30th walk started with quick refreshments at the Haile Gold Mine Depot. A bus transported the group to the Blackmon property to begin the hike. The group stopped frequently to talk about different trees and plants. They observed and discussed carpenter ants, jumping spiders, dragonflies, snakes, and countless plant life.

The property is a unique passageway from the sandhills to the piedmont. Evidence of the different environments is noticeable. The area also features two waterfalls, which offered plenty of opportunities for the group to pause for a break and snap photos.

The educational hike concluded with the grand finale at the rock formations. The group returned to the Depot for a catered lunch provided by the Haile Gold Mine. Dee Dee called it a memorable experience.

“The geology is awesome. When I rounded the corner and saw those huge boulders…that was really something. I would love to see the property protected. I think it deserves it, and it’s very special,” she said.

The property, which is part of the Supplemental Environmental Impact Statement (SEIS) Wetland and Stream Mitigation Plan, would be transferred to the State Heritage Trust through the issuance of permitting by the U.S. Army Corps. of Engineers and the South Carolina Department of Health and Environmental Control (DHEC). The Corps. of Engineers and DHEC are in the final stages of SEIS review.

“We appreciate being able to do this so much. I’ve always thought that Haile Gold Mine was a good conservation partner. I believe they’re trying to do very good and fair mitigation,” Dee Dee said. 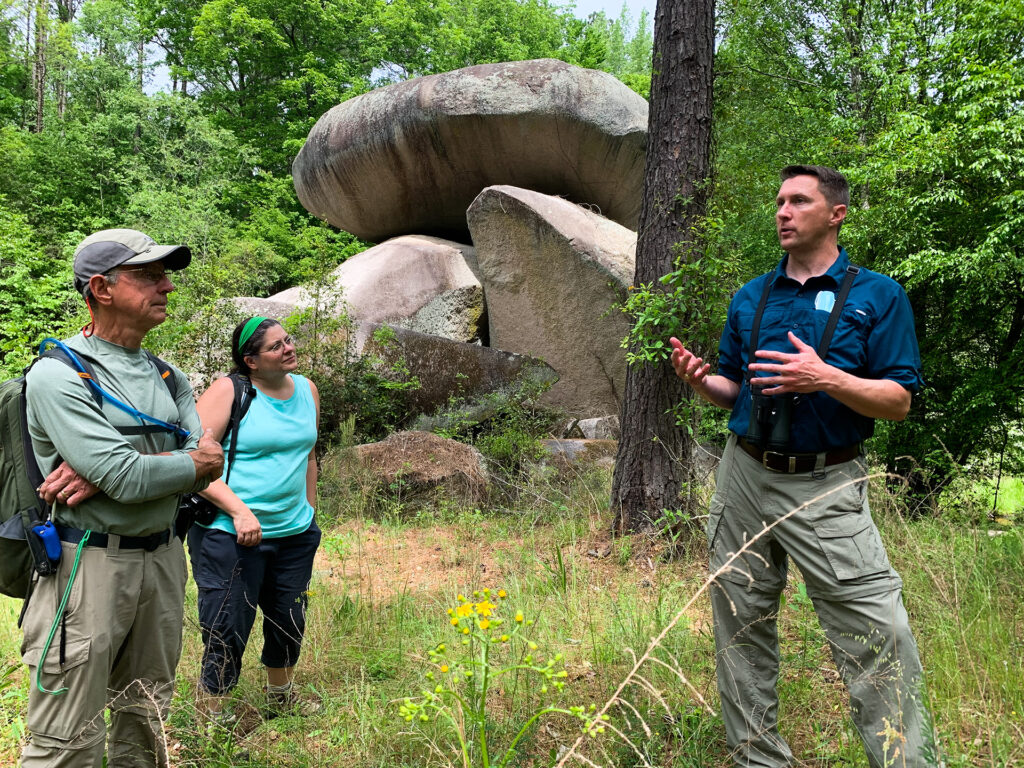 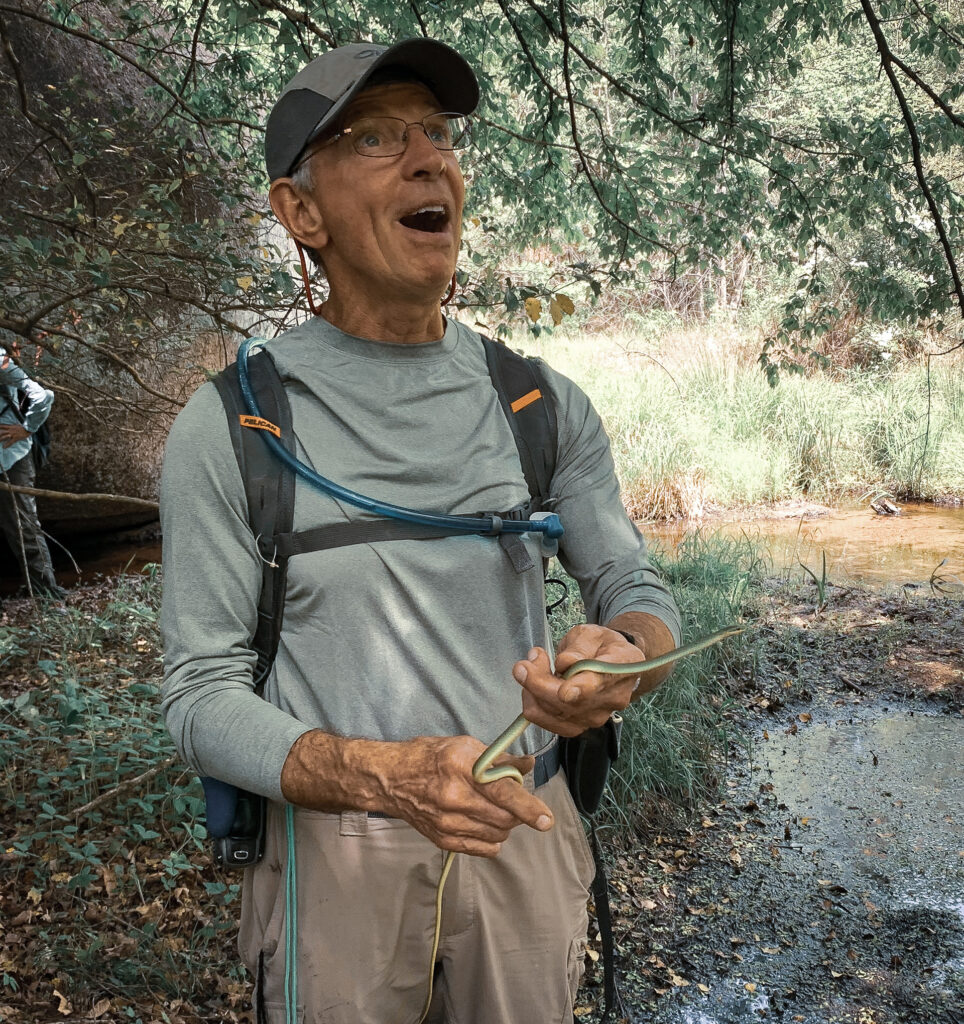 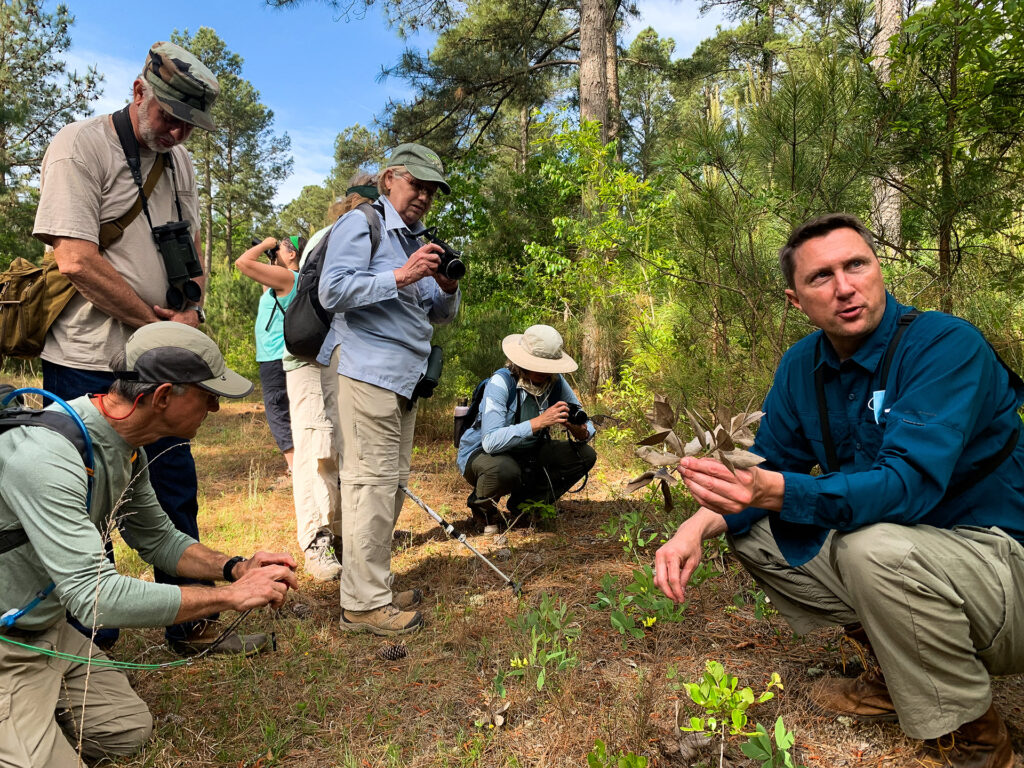 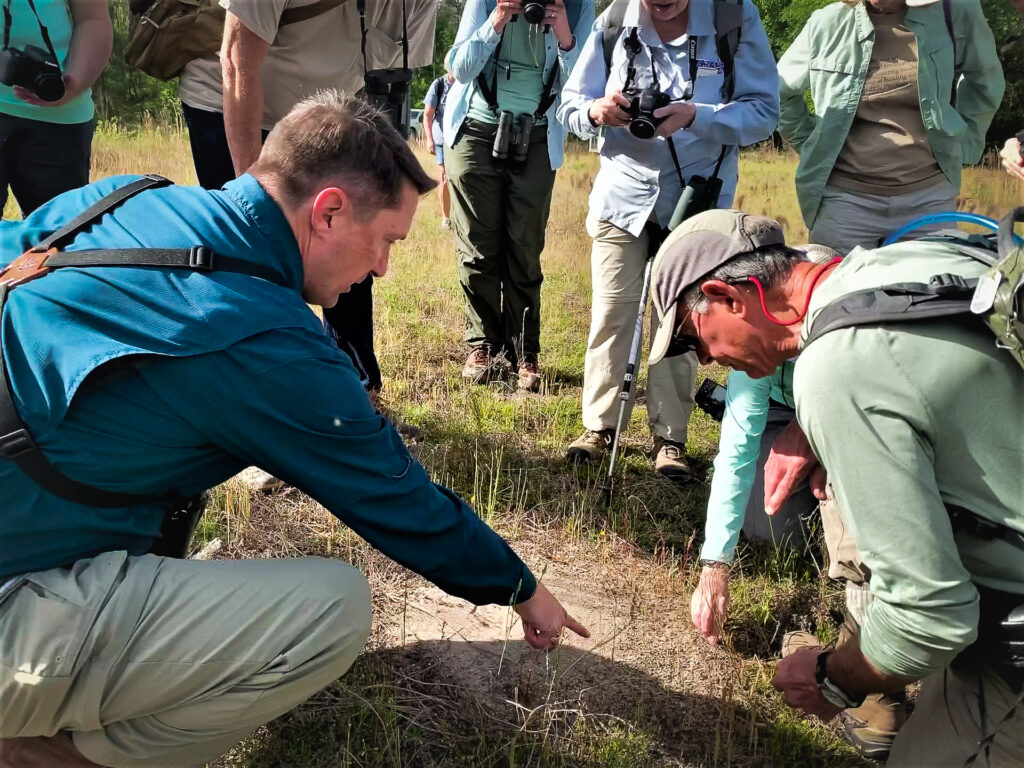