Morgan Wolf is the USFWS’ lead National Recovery Biologist for the Carolina heelsplitter project.  For the past several years, Wolf and her team have been working hard to save this critical species.  In 2017, for the first time in recorded history, they released the initial batch of lab-raised heelsplitters in Flat Creek. Last October, Wolf and fellow agents were back again, carefully trekking the calm Flat Creek waters in search of a stable area to introduce 559 juvenile heelsplitters.

The spot provides the clean, well-oxygenated water needed for nourishment.

“This area contains some of the best remaining habitat for the species known to exist,” Wolf said.

Each juvenile heelsplitter is raised at the Orangeburg Mussel Conservation Center (OMCC) through a program responsible for propagating the endangered species. The project, which began in 2015 with funds provided by OceanaGold, included the challenge of figuring out how to emulate the reproduction process.

The female’s fertilized eggs are released into the water to find and attach to a specific fish species during the phase. The larvae remain attached for weeks while drawing nourishment from their unharmed host. Once developed into juveniles, the heelsplitter drops off the fish and settles to the bottom of the stream.

If it’s an area supportive to heelsplitter, they will continue to grow. Habitat or water quality issues will hinder development, and they won’t be able to reproduce, eventually dying out. Figuring out how to replicate the reproduction process in a lab was difficult.

Thankfully, the USFW and the South Carolina Department of Natural Resources worked together to solve the puzzle. The 559 mussels released in October joined more than 1,000 others released into river basins in the Pee Dee, Saluda, Savannah, and Catawba regions.

Wolf calls the OMCC a “game-changer” for species recovery.

“It allows us to produce animals in South Carolina, near heelsplitter occupied habitats for the first time ever,” she said.

Haile Gold Mine funding was one of the main components leading to the program’s establishment. As part of Haile’s Conservation Management Plan for impacts to local waters, the company committed a $3.7 million endowment divided into annual contributions for the Carolina heelsplitter. Approximately $1.6 million has been provided for the program since 2015.

“This endowment is a substantial contribution to propagation and research efforts for the species for the foreseeable future,” Wolf said.

Haile also supports the project by fostering some of the best remaining habitats for the heelsplitter known to exist. Juveniles released in October were stocked on the lower portion of Flat Creek, property Haile once owned before the company donated it to the Katawba Valley Land Trust.

“We respect and strive to protect our natural environments where we work,” Haile Gold Mine Executive General Manager David Londono said. “The Haile Gold Mine team will continue to work with the USFWS and other supporting agencies to hopefully one day enjoy the heelsplitters flourishing on their own.”

Healthy habitats are critical to the heelsplitter’s future and access to the areas helps to augment population numbers and monitor the program’s success. Wolf said at least one heelsplitter population in the state is augmented each year.

“While our propagation efforts may be successful, recovery is limited by suitable stream habitat in which to place animals, and also the willingness of private landowners to allow augmentation on their lands,” Wolf said.

Fish and Wildlife consistently battles against negative factors such as climate change, deforestation, permitted and non-permitted discharges into streams, and other problems that threatens the species.  For more information on the Carolina heelsplitter visit https://www.fws.gov/species/carolina-heelsplitter-lasmigona-decorata 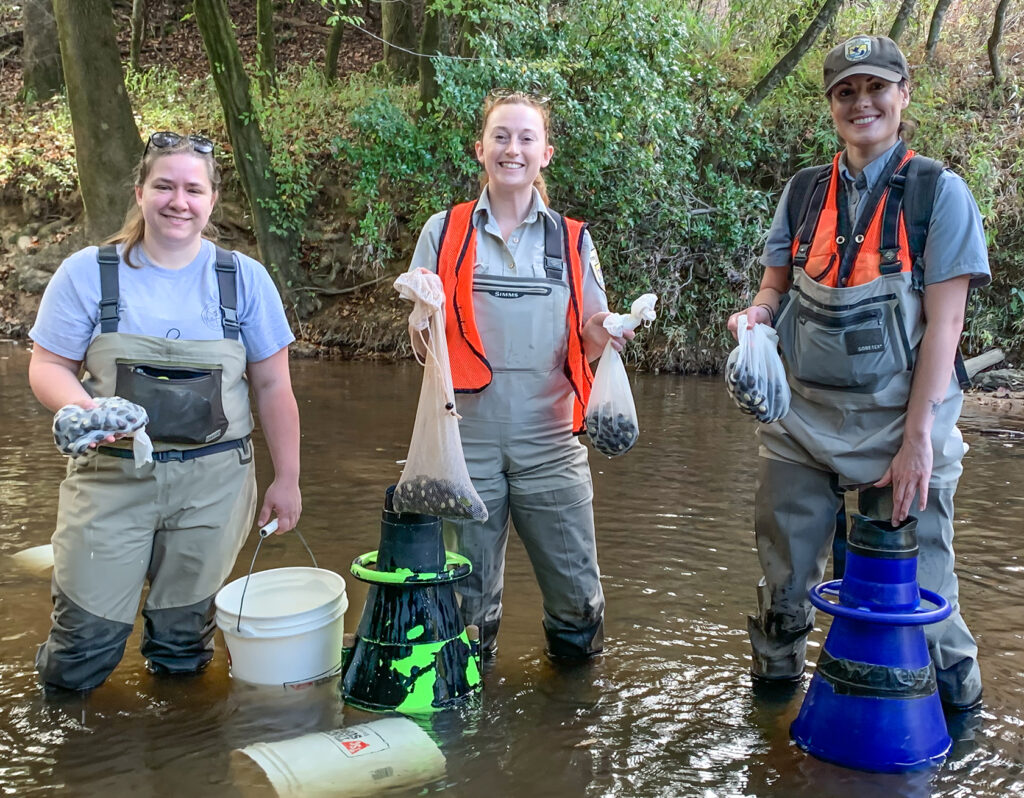 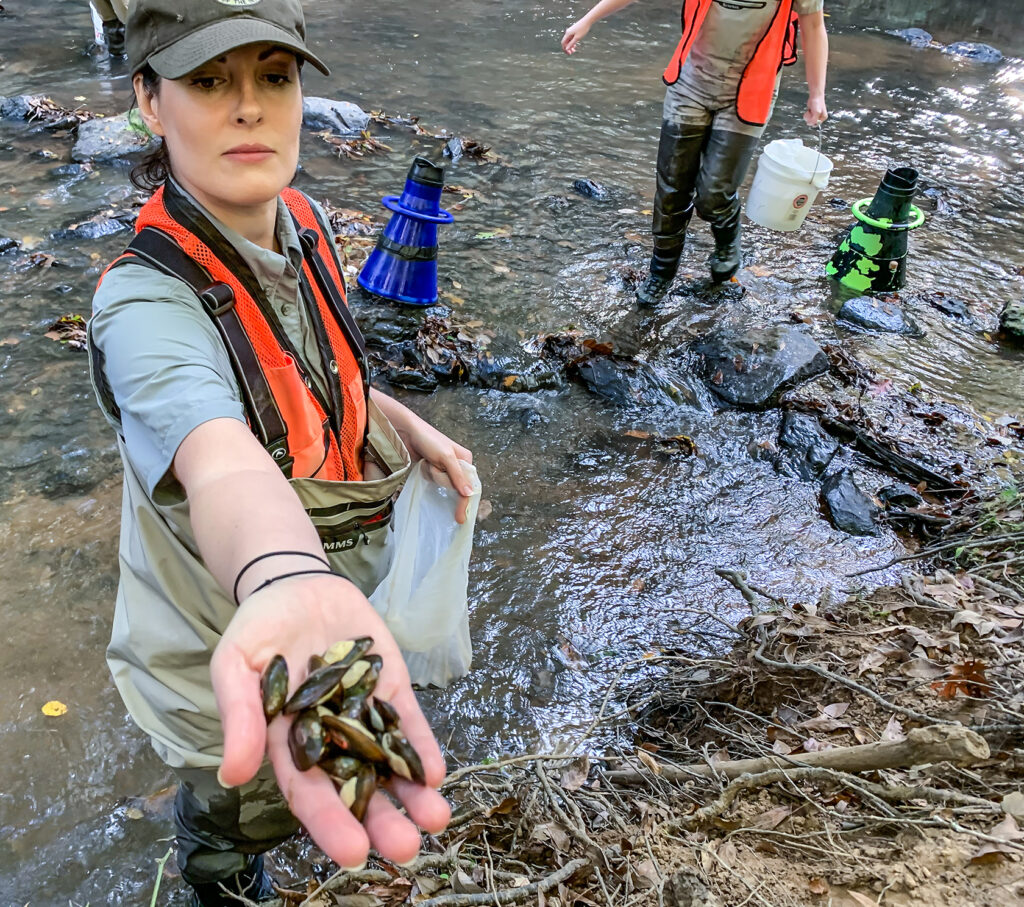 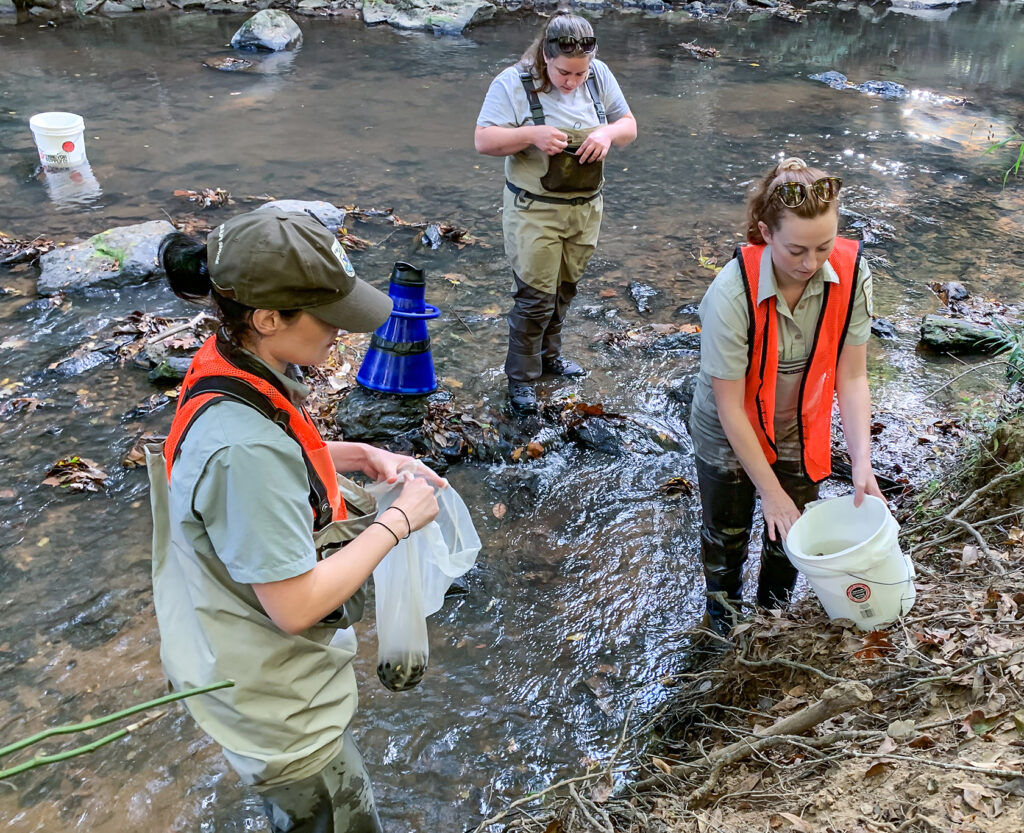 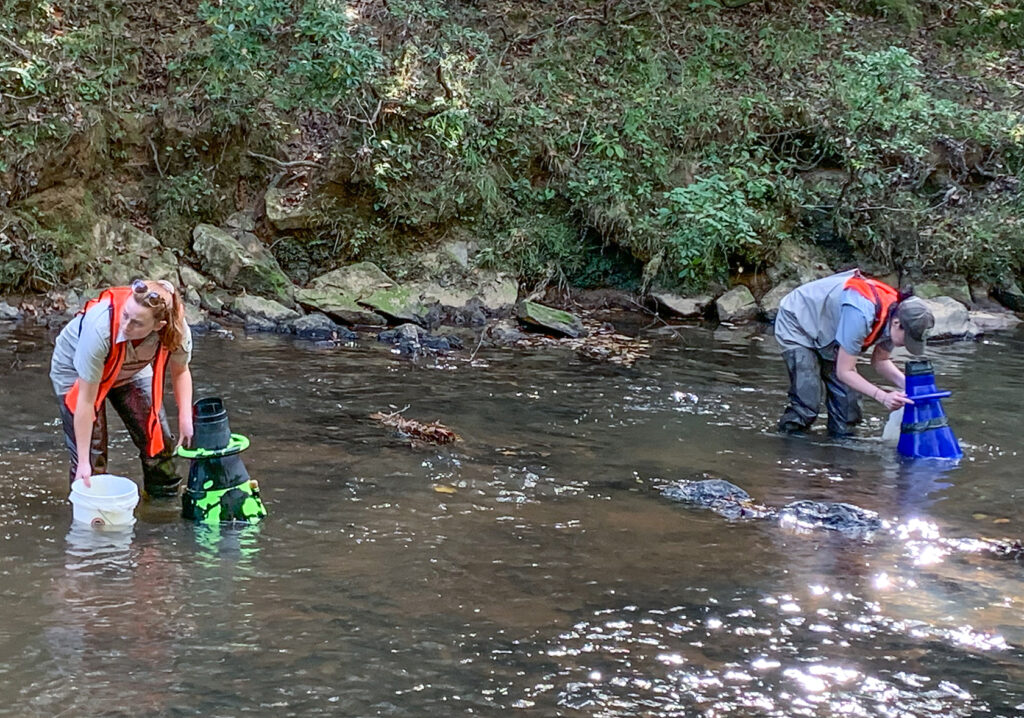 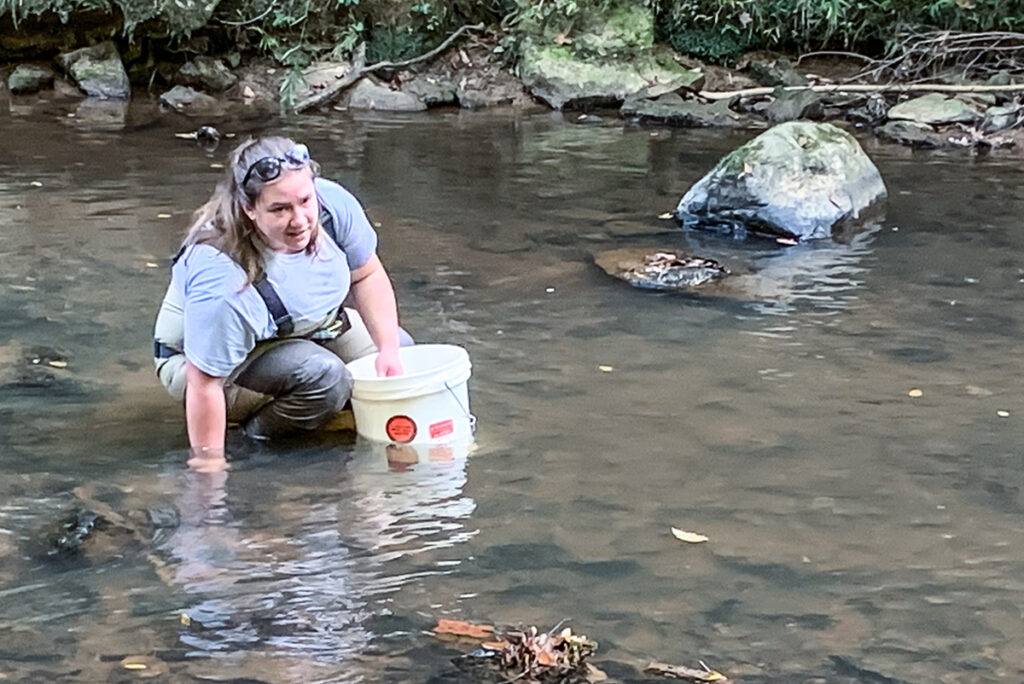 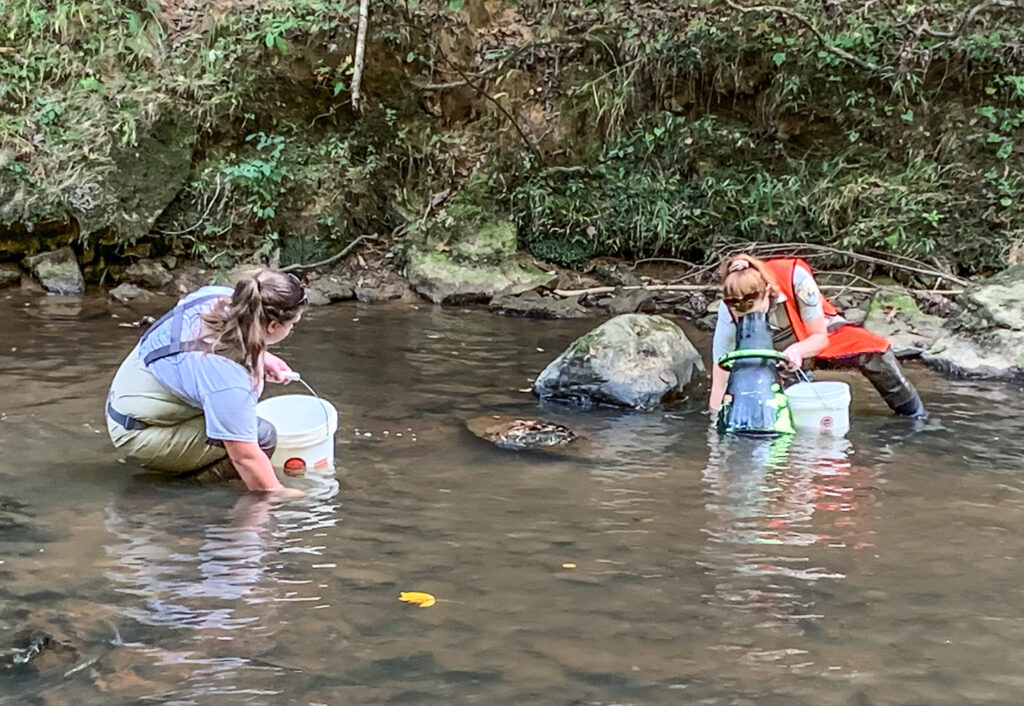 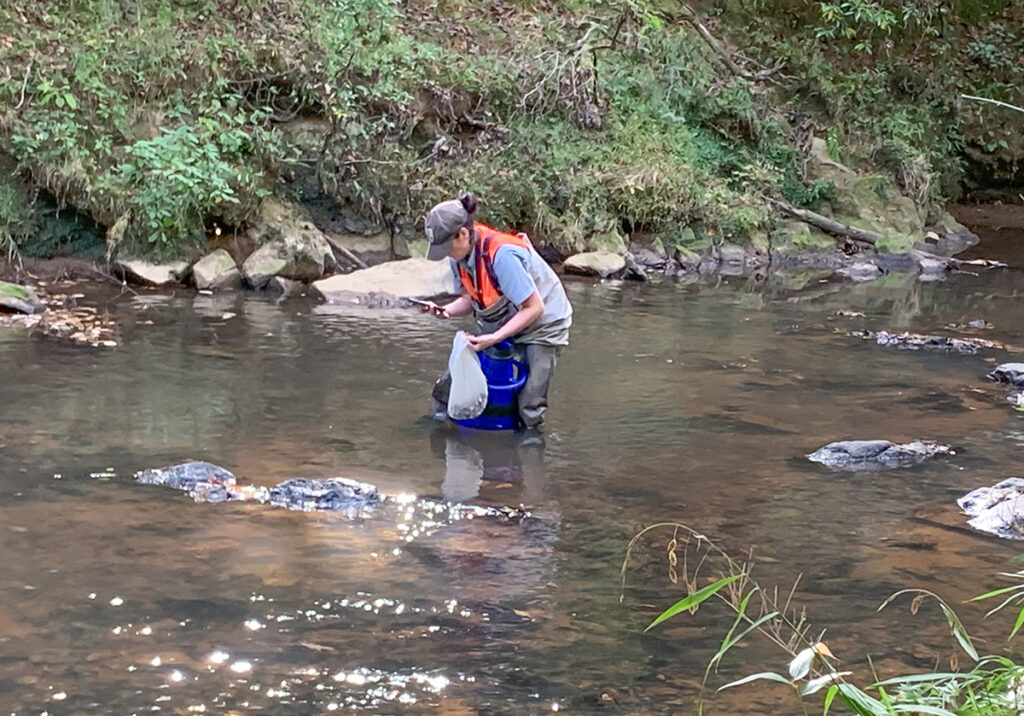